Comprised of over 1,000 reputable retail equipment dealers, our dealer network is represented in South Dakota, North Dakota, Minnesota, Wisconsin, northern Iowa, upper Michigan, northern Illinois, and eastern Montana. We are proud to supply them with innovative attachments and specialized equipment from manufacturers around the world. Most of the manufacturers for whom we distribute products have been business partners with us for many years, some dating back to the 1950s. However, we are continually searching for new products to better help our dealers meet their customers' needs.

Edney Distributing Company is a thriving fourth-generation family business with employee ownership, international partnerships, and an active dealer network. The wholesale distribution company was established in 1951 by Fred and Ferne Edney in Huron, South Dakota. Their sons, Milton and Dale joined them as the business grew. After Fred’s passing, Ferne continued to manage the company’s finances while her sons focused on sales and operations respectively. Milton assumed the role of Company President following the passing of his mother, supported by Dale in his operations management role. Milton’s son Doug was next to come into the business. He is currently the Company’s CEO and has also served as the Company’s President, VP, and as a Territory Manager in ND, MN, and WI. He started his career with the Company as a young man by being handed a broom in the warehouse. After the passing of Milton and Dale, Doug’s daughter, Jennifer, signed on in an organizational development role. She later took on the role of VP and is currently serving as the Company’s President. Doug and Jennifer are both Past Presidents of the Equipment Marketing and Distribution Association (EMDA). Jennifer’s brother, Brian, and cousin, Noah, contributed their time, effort, and skills to website development and sales program design, before their career paths led to work in other industries. Her son, Alex, was handed a broom in the warehouse three summers ago and is currently working for the Company as a Part-Time Operations Associate while he pursues his college degree.

With a firm foundation, built by generations of team members and family members for 70 years and counting, who is Edney Distributing today?
Embracing technology and change, our relationship-centric company exists to provide superior care to all of our partners in business: dealers, suppliers, ESOP shareholders, and employees. Aligning everything we do with our Core Values: Integrity, Service Excellence, Teamwork, Connection, and Innovation, the people of Edney Distributing genuinely care. They treat people the way they would like to be treated while striving to be a distributor of choice and our customer’s “go-to” source for information, equipment, and parts. We are obsessed with creating value and growth for our partners, and in doing so, we keep our own Company healthy.
The Edney Family and Edney’s Employee Owners work incredibly hard to generate productive Outcomes for our partners in business. We use our shared success to create opportunity, a sense of belonging, and fulfillment for our current team members; we offer stability and security for our team’s families; we support our former employees through our ESOP and 401k retirement plans; and we make a difference in the communities where we live and work through our charitable giving and volunteer hours.

Experienced Edney team members offer value-added services to dealers including product specifications and pricing, logistics, warranty support, and training. Our offices are linked together by state-of-the-art phone and computer systems. No matter where a team member is based, we are able to offer friendly, speedy, and accurate service. 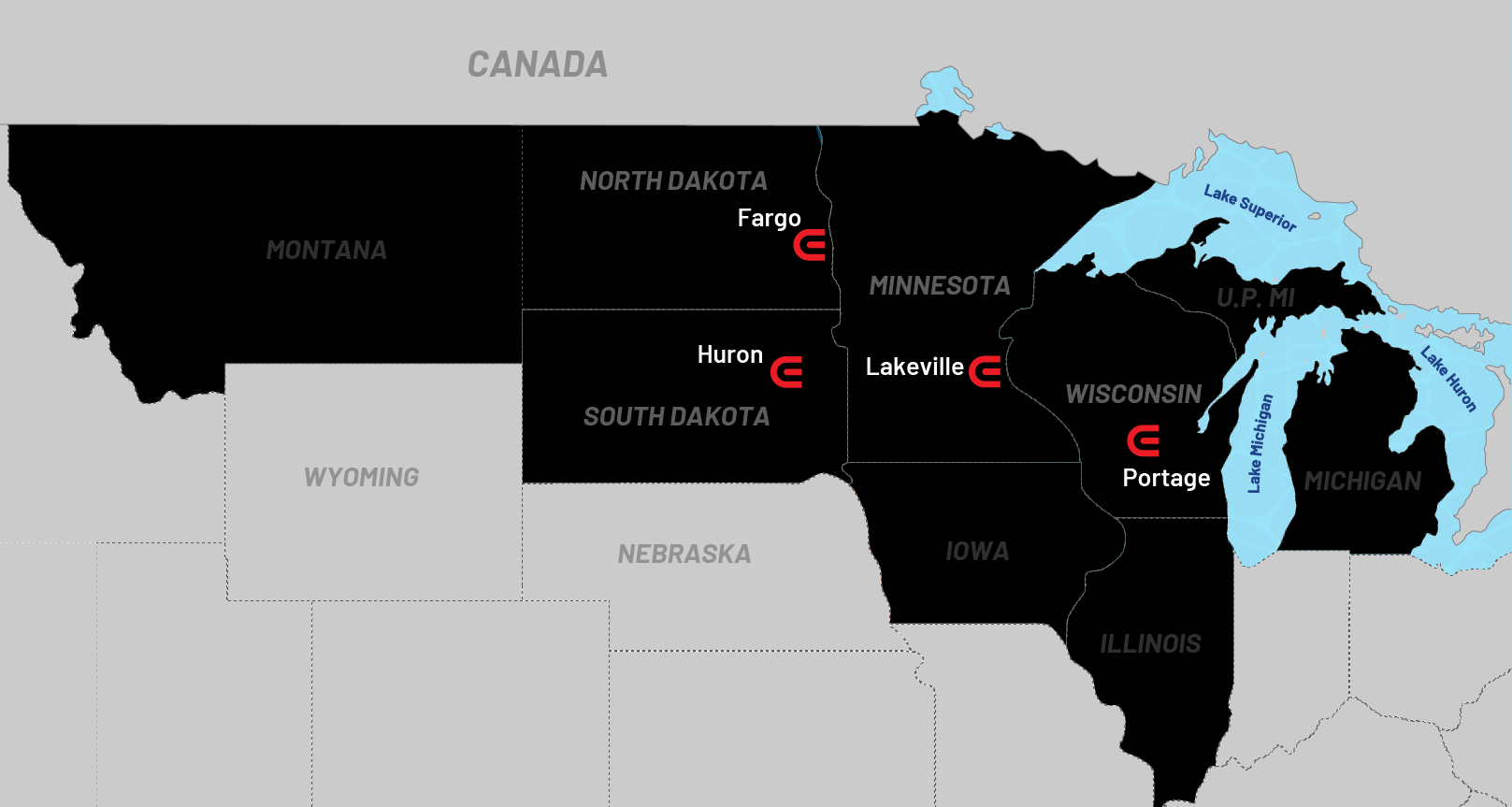