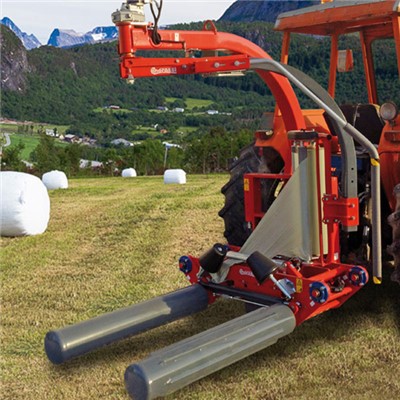 The new BW100 modelis a carried satellite wrapper. The unique feature of this version is its semi-automatic mechanism, which makes the machine capable of carrying out multiple operations (collecting the bale, wrapping and unloading) even in motion. This also makes it possible to transport the bale to the storage site while it is being wrapped. Two rollers placed at the front of the wrappers collect the bale; the film pre-stretch device ensures accurate and fast wrapping of the bale. The wrapper is mounted near the tractor; this allows good weight distribution and therefore stability of the bale during the wrapping process. The BW100 wrapper is equipped as standard with a vertical bale unloading system that speeds up bale collection.

Don't see what you need?

Click here to let us know and we'll help you find what you're looking for.